NORTH BEND, Ohio -- My first impression of Drew Macke was a lasting one.

The setting around the 18th hole at Deer Run Country Club is scenic.
«

When I met Macke at his Aston Oaks Golf Club, mud covered his sweatshirt, jeans and hands. He'd just finished an afternoon of laying sod. To call Macke a hands-on owner would be an understatement.

Although his young son was in the office and struggling with a tooth ache, Macke still found time to sit down and talk a little golf.

The game runs thick in the Macke family genes. In 1969, Macke's father, Robert, designed Hillview Golf Course in Cleves, a 5,435-yard course still owned and operated by the family business, Macke Golf. All four of Robert Macke's boys -- Drew, Paul, Joe and Mike -- are certified superintendents. Drew said his sister, Nancy, could be one as well.

The Macke family is one of the most prominent in Cincinnati's golf scene. Drew owns Aston Oaks and recently signed a 10-year lease to help revive nearby Deer Run Country Club. Joe Macke, along with Tom Macke, designed Beech Creek Golf Course, a 5,921-yard course that opened in 1995 in Cincinnati. Paul, also a PGA Professional, watches over Hillview. Nancy's son, Joe, leads the charge at Robin's Nest Par-3 and Driving Range in Cleves.

Aston Oaks, purchased in 2005, is clearly the family jewel. Jack Nicklaus built a spectacular course. The front nine opened in 1999 and the back nine several years later. The 6,908-yard layout sprawls out across 258 acres with tees and greens rising and falling on sweeping land. Blockbuster par 5s at No. 8 and No. 16 are just two of the many strong holes.

Unfortunately, even with four superintendents in the Macke family, Aston Oaks has at times struggled to keep up its conditioning. Drew said shortcuts in construction have hindered his efforts. He said Aston Oaks doesn't have enough topsoil under its fairways and during bunker renovations this winter, his staff found some traps didn't have any drainage at all.

"People think I don't spend any money on the course. It's just not true," he pleaded, noting he has a large maintenance staff of more than 20 workers.

A lightning strike last summer derailed the irrigation system for nearly two months, causing the course to lose 40 percent of its fairways, another "major setback." The seventh and 14th fairways were sodded with new Zoysia grass this spring. If this change takes root, Macke hopes to eventually convert all the fairways over to Zoysia. Making the greens the best they've ever been remains a top priority for Macke this summer.

"Once the zoysia comes through, this place will really shine," Macke said.

Macke's influence has already made customers happy at Deer Run, designed by Mike Macke in 1987. Member Frank Wetencamp, of Western Hills, calls Deer Run, a former private club, one of the prettiest courses in the area.

Although the 6,354-yard course is buried deep inside a subdivision, houses never ruin the views of the surrounding trees and hills. The yardage might not be there but the challenge is. Elevated greens on at least five holes demand confident ball-striking.

Working in a family business has made a profound impact on the way Macke treats his customers. He tries to pass on as few of his expenses as he can.

"We try to give a fun, enjoyable round," he said. "We are a family business. We try to keep it affordable." 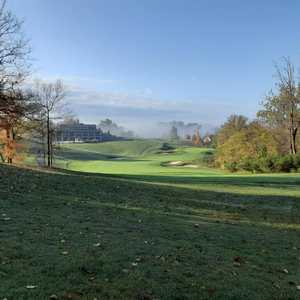 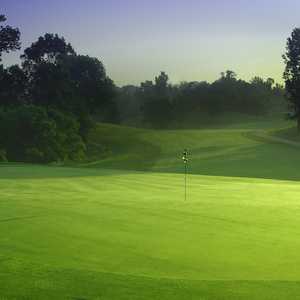 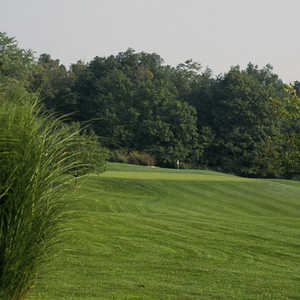