Canton: The perfect vacation destination for golfers who love football

Play golf courses like The Quarry, Sanctuary Golf Club and the Fairways of North Canton when in Canton, Ohio to visit the Pro Football Hall of Fame or attend the NFL's Hall of Fame Game.

Around 200,000 people annually visit the Pro Football Hall of Fame in Canton, Ohio.
«

Most golfers are sports fans, and there are a couple pilgrimages that true American sports fans should make.

Each summer, the Pro Football Hall of Fame welcomes a new class of inductees. The annual Hall of Fame Game culminates the event, which encompasses a week of activities in early August.

It's the first NFL preseason game of the year, and it's the signal that all is right with the world, as most National Football League fans would agree.

Because as John Facenda narrates over the music in The Power and the Glory: "Professional football is a special game, a unique game. Played nowhere else on earth, it is a rare game. The men who play it make it so ..."

Man, that always gets me going.

But even if you're not attending the game, a visit to the Pro Football Hall of Fame is still inspiring, no matter what time of year you go. From the busts of Vince Lombardi to Roger Staubach, the Hall chronicles more than a century of pro football's history, the great teams and the sport's legendary players, seasons and moments.

You could even combine it with a ticket to the Rock and Roll Hall of Fame, about an hour north in Cleveland.

But don't forget your golf clubs. While Canton itself is less than 100,000 in population, there are a number of choice public golf venues to play. And if you visit the Hall in the fall, temperatures are ideal for golf.

One of the nicer courses in the area is The Quarry, a semi-private course that plays more than 7,000 yards from the tips.

Just minutes from downtown Canton, the course, which opened in 2006, was built on a 100-plus-year-old old quarry. The holes are routed around natural waste areas, 100-foot cliffs, streams and lakes. Although many of the shots are visually intimidating, the landing areas are bigger than they look, making The Quarry very playable.

Sanctuary Golf Club, which opened in 2002, is in North Canton. Designed by Brian Huntley, the golf course has bentgrass greens, tees and fairways. It also has five sets of tees and can be stretched to 6,811 yards.

Not too far from The Sanctuary is the Fairways of North Canton. Formerly private, the course, which opened in 1948, features a narrow front nine and hilly back nine.

Out in the country in between Canton and Akron, Ohio, you'll find Raintree Country Club, which is open for public play. Opened in 1992, Raintree has a mix of traditional and links style holes. Water comes into play on half the holes.

Seven Hills Country Club, in nearby Hartville, is also public. The 18-hole track offers plenty of trees, water and bunkers along with good, fast greens and well maintained fairways.

Opened in 1928 and located just minutes from the Hall of Fame, Tam O'Shanter Public Golf Course in Canton has two 18-hole courses. The Dales Course is the longer and the flatter of the two. The Hills Course features undulating greens. Both are par 70s.

Getting to and staying in the Canton area

Besides the Pro Football Hall of Fame, the area is also home to the McKinley Presidential Library and Museum, the National First Ladies Historical Site and Ohio's Amish country.

Canton has a number of bread and breakfast hotels as well as the major chains, so there's plenty of lodging. There are also plenty of bars and grills, including the 356th Fighter Group Restaurant, which is designed to resemble a World War II stronghold, complete with military vehicles, aircraft parts and sandbagged walls.

You can fly into the Akron-Canton Airport in North Canton on AirTran, Delta, Frontier, Northwest Airlink, United Express or U.S. Airways. By car, you can get to Canton on Interstate 77 to the north and south or Highway 30 from the western part of Ohio.

Mike Bailey is a senior staff writer based in Houston. Focusing primarily on golf in the United States, Canada, the Caribbean and Latin America with an occasional trip to Europe and beyond, he contributes course reviews, travel stories and features as well as the occasional equipment review. An award-winning writer and past president of Texas Golf Writers Association, he has more than 25 years in the golf industry. Before accepting his current position in 2008, he was on staff at PGA Magazine, The Golfweek Group and AvidGolfer Magazine. Follow Mike on Twitter at @MikeBaileyGA and Instagram at @MikeStefanBailey. 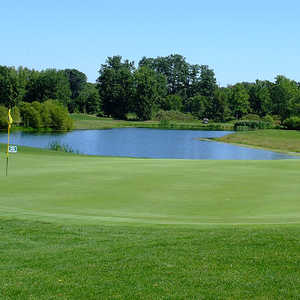 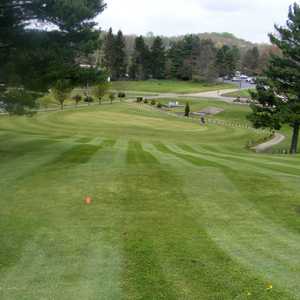