Friendly Meadows Golf Course: Keeping it in the Family

HAMERSVILLE, Ohio -- Steve Oberschlake didn't mind it, really, when his father, Dwight, decided back in 1972 to convert the family dairy farm into a nine-hole golf course.

It was a no-brainer, really. After all, who wanted to milk cows two or three times a day? Nobody at that kitchen table.

He was a kid then, and he figured that it would be plenty cool to have a triple-trio of golf holes out back where the 100 Jersey cows were then moving toward the barn at dusk. Oberschlake would learn to wrestle a back-hoe into place to gouge sand traps from alongside would-be greens and maybe even get a shot a piloting a bulldozer pan down a long stretch of meadow to cut in a fairway or two.

It was going to be great - and it has been great.

Thirty years later, Oberschlake, who went on to earn a four-year degree in agronomy from Ohio State University, has never regretted his father's decision to convert the land. Today it is a championship 18-hole track and something of a blessing for regional golfers.

Oberschlake, who carries that mythical handicap of one, and the golfers who come to this course about 17 miles east of I-275 on State Route 125, get to marvel each day at tough greens that are strikingly uniform and among the best in the Tristate.

He usually picks up the clubs in May - he's qualified for the Ohio State Amateur championship five years in a row - and he usually won't stop playing, or at least practicing, until the end of September.

Oberschlake is officially the director of golf but you're just as likely to find him washing range balls, mowing, digging out bad drain tiles or any one of a hundred other tasks.

The first nine opened to play in July 1973. It has been changed since then: the addition of cart paths, a new green on No.2, because Oberschlake was sick of seeing golfers with titanic drivers reach it in one, and the addition of some elevated tees.

There are also: bent grass tees and greens, a couple of new lakes and ponds for irrigation and to add to the diabolical play, scads of volunteer maple trees pushing upwards of 15-feet now in naturalized areas alongside fairways. The trees and native grasses have become havens for wildlife and add definition.

It remains a work-in-progress. Take the green on par four No. 2, for instance. Guys were driving over the water at the tee and landing on it in one. It drove Oberschlake crazy to see it day-after-day:

"It came to me one morning as I was waking up: Why not just move the green back onto the top of this little valley," he said one recent afternoon as his cart rolled along toward the picturesque No. 3. He was on a bulldozer doing just that within days.

After the first nine went in, Oberschlake went off to college, came back home and took over management of the course. Sure, he had that degree from one of the best agronomy programs in the world and plenty of golfing ability, but he also had a passion to create a quality and environmentally-friendly course.

He designed the back nine holes himself - counting on his father-in-law who had a dozer and others in his family to help out - and the result is an entertaining track. Like the rest of the course, fairways seem expansive, though in reality, many are knothole-tight hardwood alleys.

The best holes at Friendly Meadows move from over water to meadow-like fairways that seem as open as the farmer's day is long and then back into greens that are knitted up tight with old maples and oaks.

Or conversely, the tee shot rifles out of the woods or over water to a green that seems wide-open but has bunkers like sharp teeth in a nice smile.

The best thing about Friendly Meadows Golf Course is probably the easiest to overlook: this course is walk-able, the way golf was meant to be played.

Oberschlake makes changes all the time. When golfers were cutting the corner on the par 5 No. 13 for a long wedge to the green from the rough, Oberschlake figured he could fix that easy enough. Out went the rough and in went a couple of ponds, the zone between the tee (which also snuggles up to a lake) and the doglegged fairway was allowed to return to its natural state so this was one corner that nobody would cut anymore.

Oberschlake stands in the middle of the fairway at No. 15 and looks toward the distant green. How many times has he eagled this one? He nods his head: twice, he says. That's all, just twice.

Today the course has membership in the Audubon Society. Coyotes, red and gray foxes are seen. A family of mink was spotted crossing a fairway last year. One worker was lucky enough to see a bald eagle take a bass from the largest lake on the course. Owls at dusk are commonplace. A bobcat was seen here a few years back.

For a full taste of Southwestern Ohio, drive due south from the course toward the Ohio River to stay at the Hollyhock Fields Bed and Breakfast, 1610 N. Altman Road, New Richmond, Ohio (513-553-0694; hollyhock18@juno.com). Joe's Place in downtown New Richmond is a mandatory stop for white bean chili or buffalo burgers that come from a herd that still thunders through the meadow of a nearby farm.

Back at Friendly Meadows, great golf doesn't start and end at the course, either. Jim Rollins is a PGA professional - and the golf coach at nearby Bethel-Tate High School - who gives 45 minute lessons for $30 from the cool little driving range alongside the entry road.

Once a year every summer, Rollins bumps it up a notch and puts on a series of free clinics for junior golfers. And at Friendly Meadows, the kids line up to sign up.

The course vision has always been something of a moving target: "When we built that front nine, none of us really knew nothing about golf but taking care of the course. I decided to go to turf school at Ohio State, then came back here," he says, rolling in a cart toward the ninth tee, something he's only done about 374,000 times in his life.

The abiding principle has been to always reinvest in the course: irrigation lakes or ponds when needed, elevated tees as necessary, bird houses for the bluebirds and water ducks, new greens. When more than 100 acres behind the course came up for sale, it was bought to preserve pristine views and ensure that no housing would encroach on the course.

That land, too, could become another nine holes one day.

"It's been about a family laboring together over the years," he said, then pausing to consider the enormity of how this chunk of Ohio farmland has changed over the years. "We've enjoyed it, really." 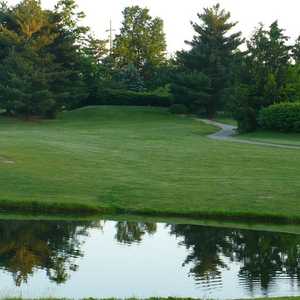 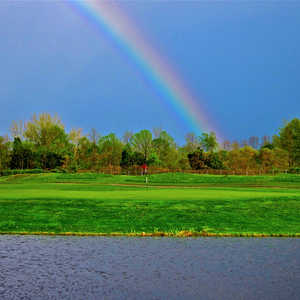