CHESTERLAND, Ohio -- Picture this: you're heading out to your car one morning and you slip on some ice and crack your melon on the driveway. All of a sudden, you're standing at the first tee of Firestone Country Club. The ice and snow have melted away and been replaced by sunshine and blue skies. You don't know who invited a hacker like you to play here, but you don't care. You just go with it and pull out the Big Daddy and rip away.

Until last October, this dream may have just been reserved for those suffering concussions due to clumsiness on frozen H2O. But no longer. Ever since Fairways Indoor Golf opened in Chesterland, Clevelanders have been able to play golf year-round.and at any club they damn well please.

Yeah, you scoff at the concept of "indoor" golf. Let's see how you're faring in March when there's still three feet of snow on the ground and you're willing to sell your infant son just to play a few holes.

What is indoor golf? It's playing golf via simulators, in Fairway Indoor Golf's case five state-of-the-art partTgolf Double Eagle 2000 Elite simulators. You strike a ball against a screen, where it becomes a digital blip that you can follow. It beats swatting balls around at the driving range because you can actually keep score and feel like you're playing.

And it might be the closest you come to playing an exclusive club. Currently, Fairways offers 12 courses to play, including The Belfry in England, Doral Resort, Firestone Country Club, Pebble Beach and St. Andrews. Unlike some simulators, Fairway's offer actual photographs of the courses so as to provide the most realistic experience possible.

Rachel Mannarino, wife of co-owner Tom Mannarino, says business has been pretty brisk since opening on Oct. 3. "We picked this location because there are 18 public courses within a 20-mile radius," she says. "We figured if people would drive here for summer golf, they'd drive here for winter golf."

"We've gotten a lot of positive feedback," Mannarino adds. "A lot of people had never heard of indoor golf, and they really like the concept."

So far, the clientele has ranged from pre-teens celebrating their birthday to retirees who refuse to let the weather prevent them from getting their morning round in. There's even a house league where handicaps are determined and points awarded based on week-to-week standings.

Those who have never played indoor golf might be skeptical about the game's ability to accurately reflect their outdoor game. But what most linksters find out is that the technology is so good it doesn't lie. Still, simulated golf is, well, simulated, and the downside is that it involves calibration.

"You only have 20 feet from where you tee off to when the ball hits the screen," explains co-owner Mike Peterson. "That's not enough time to calculate the speed of a wood. So you have to either calibrate the machine so that people hit their woods long and irons short or vice versa. We chose to calibrate it so that the iron distance was more accurate."

Peterson's main advice to indoor golfers sounds eerily similar to what he might tell an outside golfer: Hit 'em straight. When you hit the ball in a bunker or the rough, you're not allowed to use the same close-cut artificial turf mat you do when you're in the fairway.

There's a strip of "rough" turf with a hole in the middle so your ball sits down deep, and the same goes for bunkers. And forget about hiding behind a tree and using the "foot wedge" -- you're in plain view of your buddies and there's nowhere to run, so cheating is all but impossible.

Another great thing about indoor golf at Fairways is that grub and suds are at your fingertips at all times. You can't go hungry during your round -- the kitchen's cranking out hot dogs, hamburgers, sandwiches and freshly baked bread stuffed with chicken, broccoli and cheddar, pepperoni and cheese or sausage, mild peppers and cheese. Alcoholic beverages are also just an arm's length away, so quaff a couple of cold ones and forget about that quadruple bogey on the third hole.

Five different formats ensure that regulars won't start wandering over to the Golden Tee machine in boredom. If you don't feel up to stroke play, you can play a skins game, scramble or shootout that accommodates up to 10 players in hole-by-hole elimination. There's also a practice mode in case heated driving ranges aren't your thing.

Any way you slice it (or hook it, for that matter), Clevelanders won't have to break out the snowshoes this winter to get their golf fix. 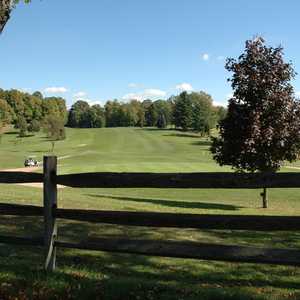 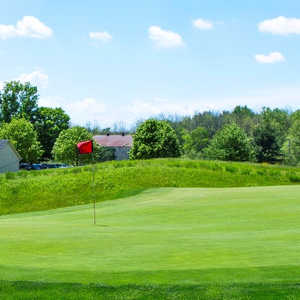 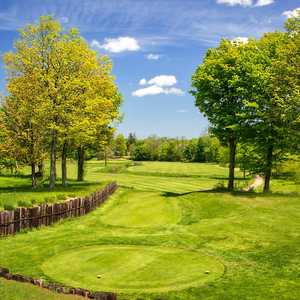