MARIETTA, Ohio -- No matter how much negative publicity Charles Calhoun gets these days, the former Big Break contestant will always view his selection to The Golf Channel's reality show as the greatest thing that has ever happened to him.

"I don't care if God grants me the ability to go on in golf and win a major tournament some day, it will never compare to the opportunity to be on The Golf Channel," Calhoun says.

To him, it didn't matter that millions of viewers saw him fly the green on a bunker shot and barely advance his ball on a chip from the rough. A spiritual man, Calhoun believes there was a plan for him. He woke up on the morning of episode three with the feeling he was going to be eliminated.

"I felt something. Maybe it was my grandmother and grandfather talking to me," he says. "But every morning when we got up and went to the starting point, I was overwhelmed with emotions. I had accomplished something so great at that point, and my grandparents had never gotten to see something like this. So it didn't feel like I was there."

"Those shots I hit," Calhoun continues, "I could hit those over and over with no problem. But I just wasn't there, so it didn't matter."

Of course, television made it look worse than it was, Calhoun contends. In between takes, the guys would compete in little contests, and in one of them Calhoun cleaned house.

"What they didn't show on TV was that I beat everyone in a chipping contest around the green," he says. "But by that time, I was mathematically eliminated."

The Big Break pitted 10 scratch golfers against each other in weekly golf skills challenges, with four Canadian Tour exemption spots available for the winner. The show made an instant celebrity of Calhoun, despite the fact that he made an early exit as the third contestant eliminated. His outgoing and entertaining personality endeared him to his fellow contestants, but the manner in which he exited the show turned many viewers against him. The morning of episode three, he overslept and had to hurry out the door for that day's competition, all of which, of course, was caught on camera.

"I wasn't as late as people made it seem," Calhoun insists. "I had slept on the couch that night and read my book, and my roommate Mark got up and we started talking. I realized I needed to get up and get ready, so I showered really fast and they came with the cameras. Basically, we had to hurry up to stand around and wait."

Still, viewer response was harsh. One person challenged that Calhoun could never be relied on to make a tee time. A man who recognized Calhoun in public told him he made a jackass of himself. But another time, a man who saw Calhoun out to dinner told him he was his favorite of all the contestants.

"He said, 'Charles, I've watched every show, but when you were eliminated I quit watching,'" Calhoun says with a chuckle.

None of this means much to Calhoun. He knows who he is, and that's all that counts. He's an African-American male who was adopted by his grandparents and raised in Oak Hill, West Virginia. He was a running back who ran like a lighting bolt and eventually became co-captain of the Oak Hill Red Devils. He didn't play golf until he was a 22-year-old enrolled at Marshall University in Huntington, West Virginia.

"I was partying and we got to playing a golf game on Nintendo," Calhoun recalls. "I was whupping everbody's butts, so they asked me if I wanted to play some real golf."

Calhoun's first score was 112, or so he thought. Years later, a friend corrected him and told him it was 126. A month after his first round, he broke 100 for the first time and says he hasn't shot over 100 since then.

"It wasn't so much that I was hooked as it was that I realized that golf was real, and I had been searching for what was real," he says. "I found out how I could be true to myself."

Calhoun believed from then on that golf was his destiny. Stints as a caddy, grounds crew member at Muirfield Village Golf Club, and golf coach at Marietta College and Ohio University soon followed.

Calhoun claims professional status, having played on a few minor golf tours for the tournament experience, but he believes money has been the primary reason why he hasn't been able to break out yet. Rather than roll the dice in a Monday qualifier and possibly be out $150-$200, he'd rather do what he does best -- hustle at local courses.

"In the tournaments I play around here, I do well financially," says Calhoun, who plays out of Lakeside Golf Club in Marietta. "My trophy case is pretty nice at home. At a tournament a little group of local people put together, I took home $1,000 by winning the tournament, skins and a bunch of side bets."

His propensity for winning cash was recognized also by fellow contestants on "The Big Break," who called him "C-Money," a nickname he earned by loan sharking to fellow soldiers back in his Army Reserve days.

But hustling alone doesn't pay the bills. Calhoun and wife, Melissa, who majored in journalism, are currently running a communications business out of their home. They're also working together to write a book on Charles' life.

"It will be about how the game called me. There have been so many little things that gave me hints about it," Calhoun says. "It will also relate what I know about the game and explore my philosophy toward it."

In the meantime, Calhoun and his wife will also be looking to relocate to Orlando, Fla., where he hopes to land a job as an assistant teaching pro. Like he said, it's a matter of destiny. "This is not my plan, it's God's plan. And I've worked hard and done what needed to be done."

What's in the bag? 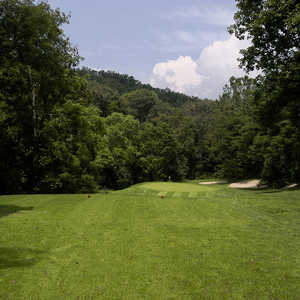 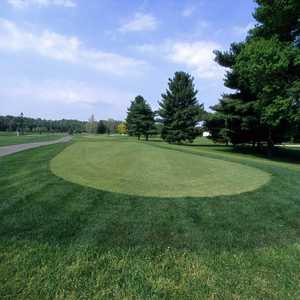