This Woods -- a golfing gambler with a first name of Jimmie, who supposedly put a daughter through college with his side-bet winnings on the golf course -- was nearly as awesome.

And until May 2001, his course record of 63 at this Hamilton County Park District Course was untouchable -- though that ended when Dennis Wells, head pro at Little Miami Golf Center, peeled off a new record of 62.

He made that score with a three-putt and after missing two or three other putts within 10 feet. Anyone who has played this course probably will marvel at those low scores as Sharon Woods offers championship golf and a trio of the toughest par-4 golf holes anywhere.

Holes 3, 4 and 5 tape measure out from the blue tees at 468 uphill yards, 458 yards and 405 yards respectively. Get through that meat grinder of holes with a bunch of pars and you know you're playing some real golf.

Besides that course record, Sharon Woods has an even more storied past. Like the Black Course at New York's Bethpage, Sharon Woods was built as a public course but to standards that would challenge any professional.

The legendary Bobby Jones cranked the first ball off the No. 1 tee (an easy dogleg) to inaugurate Sharon Woods.

He got in his car and left and never again played the course.

Both Bethpage and Sharon Woods came to life at the end of the Great Depression, when federal public works and New Deal projects financed by the Works in Progress Administration put money in the pockets of unemployed Americans and left struggling communities with professionally designed courses.

William Diddel, a mid-20th Century golf course designer known from Hot Springs, Ark., to Naples, Fla., got the job to design Sharon Woods. He came to the farmland after he was hired to create a layout for Cincinnati's Kenwood Country Club.

The course snakes through a wooded park above a lake with distant views of the Mill Creek Valley and because it was a public works project, men etched the fairways with shovels -- not dozers with blades.

Don't be discouraged by any soaring score you might card. Though greens are generally flat and unassuming, shots from valley floor to uphill green -- or vice versa -- and the doglegs of some fairways make pars elusive.

Supposedly a high-school aged Jack Nicklaus played this course and it kicked his rear. Nicklaus never even made a par during his round -- at least that's the folklore.

"It doesn't give up many low scores," said Phil Black, assistant golf professional. "The third hole is generally voted one of the hardest holes in the region.

From the tee, the hole spreads out down and away, but your second shot is an uphill lie and the holes runs uphill all the way to the pin. "It won't bounce onto the green. You have to pretty much carry the shot all the way there," said Black.

Welcome changes have come to Sharon Woods this season. An in-house reclamation program is underway at 40 to 45 bunkers. Fluffy sand has been installed in most of the bunkers with the rest scheduled for completion by Labor Day.

Make no mistake that this course is a test of golf -- and it's not a course for beginners, says 70-year-old Glenn Stultz, who had just wrapped up a round one recent afternoon. "But it is a beautiful course," he said.

Playing partner Jerry Yarnell, who on this afternoon carded a birdie on that terrific third hole, said spring rains have made the rough quite tough, even though it has been mowed twice a week. "All that rain means the course is in great shape," he said.

Sharon Woods is a great stop for golfing vagabonds headed south from Michigan. It is a perfect halfway point for those driving to the Carolinas.

(Take Interstate 71 or I-75 south to I-275, greater Cincinnati's outer-belt. At exit 46 off I-275, head south and after about a half mile, turn left on Kemper Road then follow the signs to the course.)

While there are plenty of interstate hotels in the region -- for lunch or dinner you won't be disappointed with the Casa Grande Mexican Restaurant on nearby Route 42.

For those passing through Cincinnati and want to drive a little farther before dining, continue on I-275 to the east to exit 57 and a fabulous bit of Maplewood, NJ, cooking at the Lighthouse Pasta & Grill.

The place is not very big, only 15 tables, but owner Domenic DeMeo cooks sauces fresh with each order. So your buffalo wings will have a sauce with pepper seeds, for instance. Other, marinara sauces, for instance, are as fresh as can be. One specialty is not on the menu: Chicken Murphy (as in Mah fi), an Italian American dish that comes with a light brown sauce of a wine gravy base. It's fabulous.

For a good place to rest your golf bones venture south of the Ohio River to Bellevue, Ky. to Christopher's Bed & Breakfast. Rooms are in a rehabilitated church, and furnishings are exquisite with stained glass from German craftsman of another century.

Also, Christopher's is close to downtown Cincinnati and the new Great American Ball Park, where game day tickets still sell for under $8 each for upper deck viewing -- an entertaining end to any day of golf. 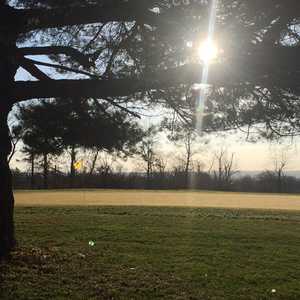 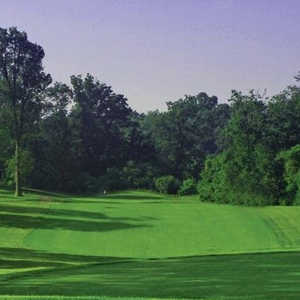 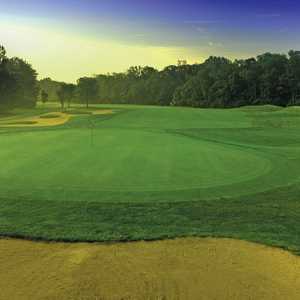