Located is northwest Ohio, Red Hawk Run has only been operating for 14-months.

And in those 14 months, the course had developed a reputation as being a top-notch facility.

This all starts with the Arthur Hill design. The course is an 18-hole, par-72 layout with five sets of tees - a signature of an Arthur Hills course - and an overall length ranging from 7,000-5,000 yards.

The course's tees, fairways and greensall meet USGA standards and six of the holes navigate across a troublesome creek.

Officials at the course are proud to be associated with a name like Arthur Hills.

"The course is playable for all skill levels," head professional Shannon O'Neil said in explanation of Hill's five-tee philosophy. "Obviously, this makes it real challenging for the low handicap golfer and still fair for the average golfer."

Arthur Hill design has developed over 100 award winning courses in the United States over the past three decades - including eagle trace in Coral Springs, Fla., where the PGA's Honda Classic is played annually.

According to O'Neil, the course is a awesome sight.

"It has a real old look," O'Neil said. "There is a natural area around the perimeter of the holes with wild grass that is 18 to 20 inches deep."

Without a doubt, the course is something different than most courses in the area.

"We are longer than a majority of courses around here," O'Neil said. "It's obvious that the play areas are real manicured. Yet, there is a big contrast between the manicured and non-manicured parts that gives the course a real neat look."

Besides the course, there are plenty of other features about the facility that shine.

Especially the practice area, which is somewhat realistic. Instead of hitting balls into dull, open area, the driving range at Red Hawk Run Course is different.

The practice area features an 8 and ½ acre range with grass tees and target greens that are framed by sand bunkers. Also, the club has a 10,000 square-foot putting green that gives golfers plenty of space to practice the longer attempts for birdie. 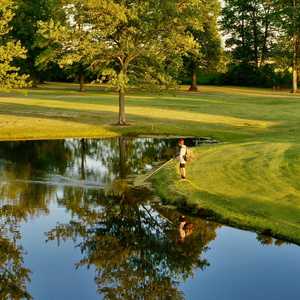 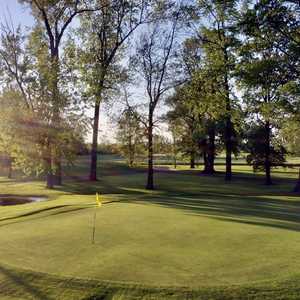