DAYTON, Ohio - "You can get there from Dayton!" reads the ad on the inside cover of a recent Dayton/Montgomery County visitors guide.

How's that? A tourism ad telling you how to leave the destination? Sounds like backward thinking. But the ad that bears the icons of 11 airlines fits right in at this southwest Ohio city.

As the home town of the Orville and Wilbur Wright, Dayton bills itself as the birthplace of aviation. And invention is a part of the historical mosaic. In addition to groundbreaking advances in air flight, Dayton-area inventions include the cash register and the automobile self-starter. Hey, without Dayton you'd still be cranking the motor by hand.

But what about golf?

Golf here reflects both the past and the present. The best place to play a private round is the finely manicured, hilly terrain of NCR Country Club, which opened in 1954. NCR's South course will be the site of the 2005 U.S. Senior Open.

There are a half dozen or so of what might be termed four-star courses near Dayton, mainly in the surrounding towns. These courses are a relatively recent phenomenon, but they measure up well.

The Golf Club at Yankee Trace is among the best. The layout in Centerville was the site of a PGA developmental tour stop for five years - Guy Boros won the Dayton Open on the Nationwide Tour last year. But declining sponsorship led the PGA Tour to look elsewhere, and when West Virginia came calling with financial backing and the site of the Pete Dye Golf Club, the golfing gods pulled the plug on Dayton.

Still, Yankee Trace is worthy of its run. It's well-manicured, challenging and fun to play, especially if you like left-to-right doglegs. Score early, because the last four holes can take a lot out of the average golfer. The 17th is the toughest hole at Yankee Trace, a par-4 dogleg left with a marshy area right at the turn, where most people would expect a well-struck drive to end up. Do you chance hitting it? Or go with something you can control and leave a long approach?

The final hole is a 564-yard par-5 with water along most of the right side of the fairway, and it gave some of the pros fits.

Heatherwoode Golf Club is a semiprivate course that is a former stop on the Nike Tour. The Miami Valley Open was played here from 1993-98 before lack of revenues pushed the tournament to Yankee Trace for its 5-year run.

Heatherwoode remains a finely kept course, with bentgrass fairways and greens. It was laid out by Denis Griffiths of Georgia in 1991 and is in a home development. The back nine is more secluded, but from the look of the front nine, the national housing boom hasn't missed Springboro. Houses line many of the holes, especially the final four.

At the top of the hill on the 377-yard, par-4 No. 7, you'll pass the Null House, an exposed-log house off the right fairway. The house was built in 1798 and is believed to have been a safe house on the Underground Railroad. It was renovated in the mid'90s by the local historical society, which rallied to save it when course developers proposed tearing it down.

Trees frame many of the holes at Heatherwoode but don't threaten golfers too much. Some water and the course layout takes care of that. Heatherwoode plays to a 138 slope from the back tees (6,730 yards, par-71) and a fairly menacing 135 from the next set, which stretch to only 6,301 yards.

Griffiths made a return visit to Dayton in 1999 in Moss Creek Golf Club, which bears the signature of Chi Chi Rodriguez. This used to be the Schearbrook Farms, and as testament to the land's history, an old barn adorns neighboring ground on the front nine.

It's not clear whether Rodriguez influenced the design or simply came to town on opening day to perform some of his famous trick shots, but Moss Creek clearly has a professional feel.

The course is framed by woods although the holes play fairly wide open, with mostly wide fairways and gently rolling greens. Water comes into play on 12 holes and bunkers guard many of the greens. But they're mostly like sleepy night watchmen - just there to throw a mild scare into the daring.

Thank the local school district for the seclusion on Moss Creek's front nine. Locals say the schools are shaky enough that housing never took off here, and the would-be housing plots are now soybean fields.

Moss Creek stays quiet until the end, when the final five holes test your game. They end with the great No. 18, a 600-yard par-5 that offers two fairways with a large tree between them forcing you to choose your path.

Pipestone Golf Course is an Arthur Hills-designed layout owned by the city of Miamisburg. It's operated by Kemper Sports Management, the Illinois-based course manager that also has Oregon's Bandon Dunes in its portfolio.

Pipestone is a fun course to play because it uses the terrain to maximum advantage. Sometimes that means blind tee shots up hillsides, but that's OK. This used to be a Christmas tree farm, and somehow that keeps you in a festive mood.

However, the 533-yard, par-5 No. 2 is the kind of hole that players love to hate. It has a long lake that runs its entire length, and about halfway to the green the fairway narrows and slants downhill toward the water - a little too much for some who call it unfair.

U.S. Air Force Museum: The oldest and largest military aviation museum in the world at Wright Patterson Air Force Base boasts more than 300 aircraft and missiles to gawk at. There's also a spectacular movie about Air Force planes at the IMAX theater.

Check out the Wright B Flyer, a 1970s replica of the brothers' first controllable airplane. It was constructed in the 1970s and resides south of downtown at Dayton-Wright Brothers Airport.

America's Packard Museum in downtown Dayton is an odd gem. Founded in 1992 by a local lawyer and a car collector, it boasts more than 50 automobiles on display in a restored art deco showroom of the Citizens Motorcar Co.

From there, it's just a few blocks to Dayton's Oregon entertainment district: Cafes, old buildings, antiques, restaurants, bars, you get the picture.

Or take in a Dragons game. Chances are you won't see NBA Hall of Famer Earvin "Magic" Johnson or Ohio State football legend Archie Griffin in the stands, but they are part owners of the team. Fifth Third Field opened in April 2000 with 30 luxury suites in tow, bit it costs as little as $6.

Unfortunately, there are no really cool boutique hotels in Dayton. Visitors must seek out countless chain hotels in the city and the surrounding suburbs. Contact the Dayton Montgomery County Convention and Visitors Bureau for more information: www.daytoncvb.com.

Try Jay's, a seafood restaurant located in an 1852 grist mill in the Oregon district. Pacchia's nearby mixes white table cloths with gourmet pizzas in a casual atmosphere with live jazz. For a great steak, go to Paragon Club in Centerville, just a short drive from Yankee Trace. 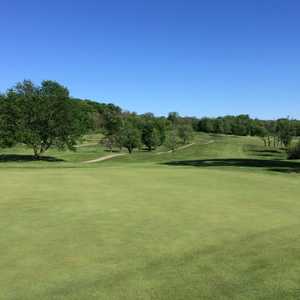 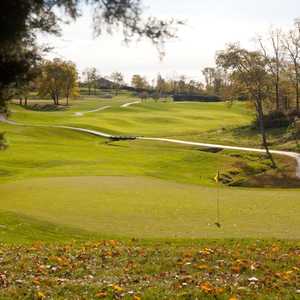