The Links at Firestone Farms: A golf bargain hunter's dream

COLUMBIANA, Ohio - Asked how on earth The Links at Firestone Farms can get by charging $34 (including cart) for weekday rounds, Director of Golf J.T. Gorman had a frank response.

Most of the action comes from Pittsburgh, but with Cleveland a manageable 90-minute drive away, both Steelers and Browns fans can mix it up on The Links at Firestone Farms' fairways - for a lot less than the cost of an NFL ticket. Golf Digest recognized the course's beauty as well as its value in 2003 by naming it "Ohio's Best New Affordable Public Golf Course."

There truly is a lot of scenery to admire at The Links at Firestone Farms, which was originally the homestead of Harvey Firestone, founder of the Firestone Tire & Rubber Company. Several environmentally protected areas offer visual stimulation, but great angst if you happen to lose a ball in them.

Reminders of the course's rural past include twin grain silos, one of which still has the Firestone company logo emblazoned on it. An original barn serves as an outing facility, safely away from the clubhouse to allow a multitude of shenanigans from liquored up linksters.

Unlike some courses that are truly rural, however, this course offered no sightings of farm animals. Instead, there were humongous houses spoiling the Old MacDonald vibe, some built, some still in the construction phase. On the positive side, they were well out of play. These days, it seems golfers must accept the disturbing trend of residential construction near hallowed linksland.

The fact that architect Brian Huntley had plenty of room to play with when The Links at Firestone Farms was built two years ago is not only evident in the spacing between the yuppie pads and the course but on the scorecard. The back tees play at an insane 7,207 yards, but golfers can choose from four other tee placements as well. Go easy on yourself because there are 52 bunkers, some of which are as big as lakes and others that are as deep as graves, as well as water coming into play on half of the holes.

Perhaps the most intimidating hole on the course is No. 13, a par-5 of 503 yards that plays a lot longer because it's uphill. Golfers must stay right off the tee to avoid a gnarly, water-filled chasm, then are forced to go over it with their second shots. The trouble doesn't end there, though, as the green is protected by four bunkers. Take a six on this hole and run for your life.

No. 14 is interesting, too. This 273-yard par-4 tempts John Daly-types to go for it, but they're more likely to find a massive bunker guarding the green. If you play this hole smart with an iron off the tee, birdie or at least par should be a cinch.

The par-4 No. 3 offers the most breathtaking view on the course: a lake behind the green that serves as a beautiful backdrop. Unfortunately, though, the green was in horrendous shape.

For the most part, the tees and fairways at The Links at Firestone Farms were well-groomed, as was the landscaping at the tee boxes and throughout the course that looked as though Martha Stewart may have had a hand in planting them. However, some of the greens were suspect, bad enough to make the ball hop on several occasions.

For some reason it seemed like there were more ballmarks here than at other courses. That either means that The Links attracts more inconsiderate golfers than other courses (doubtful) or the maintenance staff just hasn't been paying much attention to those dastardly pockmarks.

No complaints were received from Mike and Cherie Urbania, however, who know their golf courses. The Columbiana residents log 70 rounds a year and play to eight and 15 handicaps, respectively. As far as they're concerned, The Links at Firestone Farms ranks in the top three courses they've played in Ohio.

"It's challenging, and we like a challenge," Cherie said. Mike chimed in: "If you can play here, you can play anywhere because it makes the other courses seem easy."

There are certainly tougher courses than The Links at Firestone Farms, but pair the value with the beauty and the challenge and it's hard to think of another course that holds a candle to it.

Greens fees set at $34 after 2 p.m. on weekends won't get you a locker room, reliable bag service, top-rate golf shop, or gourmet vittles (the standard hot dogs and hamburgers are served here), but you'll still think it's a steal based on the above-average conditioning of the course and the challenge set forth in its layout. A stellar practice range comparable to a $60 course's is an added bonus.

It's not a short trek from Cleveland, and it's only a little less from Pittsburgh, but overall this course is worth a look-see.

The Links at Firestone Farms was originally the homestead of Harvey Firestone, founder of the Firestone Tire & Rubber Company. 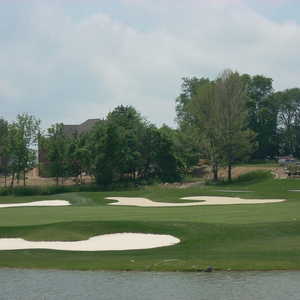 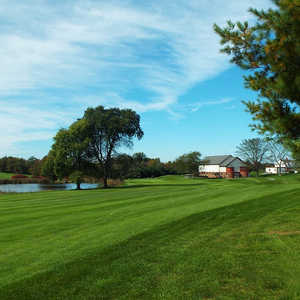 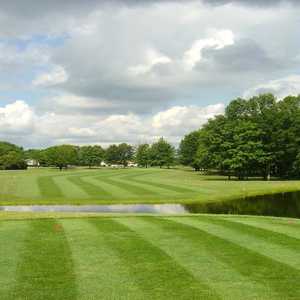