CRESTON, Ohio - When you play Hawks Nest Golf Course, make sure on the 14th tee to stop, look and listen. Listen to the corn rustling in the field next to you, the crickets chirping in the distance, and the hawks crying above. Notice how the little farmhouse and grain silos would make the perfect watercolor painting. And listen to your heart beat. When was the last time you heard that?

Fortunately, country quiet isn't all that Hawks Nest has to offer. To add to the nirvana is a golf course that totally lives up to the 4-1/2 star rating Golf Digest gave it this year. The magazine also named Hawks Nest the fifth-best public golf course in Ohio and among The top 500 in the United States in 1996, its third year in operation. Eight years later, the course hasn't lost a step.

You know a public course has got to be good when a country club member goes there frequently to play. Such is the case with Duane Kimble, who belongs to Westfield Country Club, which hosts the Westfield Junior PGA Championship every summer.

"I think it has a lot of character for a public course," says the retired Kimble, a 25-handicapper who logs 60 rounds a year. "And it has holes that can be challenging no matter what handicap you are. My wife likes to play here because it's lady-friendly."

And hacker friendly, too. The white tees play a mere 6,200 yards and include four par 4s under 350 yards. But don't think you can knock back a brew, hike up your plaid shorts and give this course a good whuppin'. Seriously. Alcohol is prohibited, and so is smacking the ball around with no brain power involved. Club selection is crucial off the tee on No. 3, a 351-yard par 4 that demands a straight tee shot.

No. 5, at a mere 264 yards, dares you to go for the green, but unless you can carry it the whole way, fuggetaboutit. A ravine meanders in front of this green that's guarded by bunkers in front and behind.

Speaking of the greens, every single one is a challenge unto itself. Several are two-tiered, and all have subtle undulations bound to drive golfers crazy. Many also have extended run-up areas that allow linksters to run wild with their imagination and manufacture several different types of chip shots if their approach shots fall short.

And judging by the conditions of these greens, here's betting superintendent Mark Smith has the biggest bags under his eyes in the county. They're fast and smooth, some of the best in the state, so nice that it makes one wonder if Smith gets any sleep at all.

It looked as though Smith used bikini wax on the tees, and the fairways were equally impeccable. The only eyesore was the sand in the bunkers, which was clumpy and hard, so hard that it often allowed balls to bounce right out of them. And that kind of defeats the purpose, don't you think?

A little ol' lady owns Hawks Nest. Her name is Betty Hawkins, and, in her early 70s, she still plays there every week. And it's obvious she and her husband Earl put the same care and service into this course that they did into the chain of small, local Hawkins grocery stores they used to own.

She confesses she had no idea when the course was being built that it would be good enough to be ranked in the top 500 in the U.S. And golfers who have never ventured to Creston to play there will be surprised, too, that it took them so long to find it.

This isn't a party course for heavy drinkers — in fact, it's surprising they get any outings at all with the no alcohol policy. But it would be a memorable experience nonetheless. There is bag service, but on a limited basis. The pro shop is well stocked, and the food service is adequate. The driving range is probably one of the best in the state as well, neat as a pin with plenty of space. But these aren't reasons to come. It's worth the drive to visit a town that time forgot, and a course that could stack up to more well-known ones any day. 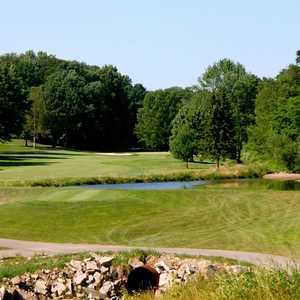 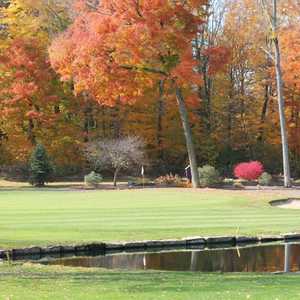 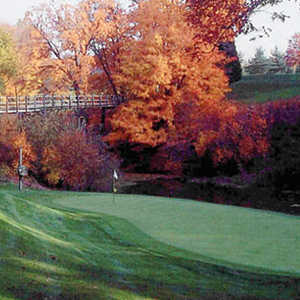