MASON, Ohio -- If only those fairways, greens and tees could talk.

The par-5 18th hole has decided many pro events on the Grizzly at the Golf Center at Kings Island.
«

The Grizzly Course, named after its legendary designer Jack Nicklaus, is one of two courses offered by the Golf Center at Kings Island. Since opening in 1972, the Grizzly has been host to several PGA, LPGA, and Senior PGA events. Nicklaus teamed up with Desmond Muirhead to design the course.

The Grizzly Course at the Golf Center at Kings Island has a history only the most revered tournament venues across the country can match.

The Grizzly, designed by Jack Nicklaus and Desmond Muirhead in 1972, is celebrating its 40th anniversary in 2012. The original layout has hosted golf's grand princes and princesses over the years, holding the PGA Tour's Ohio Kings Island Open from 1973-1977, the LPGA Tour's LPGA Championship from 1978-1989 and the Senior PGA Tour's Kroger Senior Classic from 1980-2001. Legends such as Nicklaus, Arnold Palmer, Chi Chi Rodriguez, Nancy Lopez and others haven taken divots out of many of these same fairways.

A redesign about nine years ago robbed the course of some of its original holes, but the 6,500-yard Grizzly remains a local favorite that maintains tournament conditions year-round. The Futures Tour held a tournament here from 2009-2011 and will return in 2013 if a sponsor is found, General Manager Peter Ryan said. Golfers regularly flock to the pristine parkland playground hoping to take a bite out of a historic course that still has plenty of teeth.

"It is challenging with the rough. They keep it in great shape," said Bruce Holiday, a league member at the course.

The history of Grizzly

Walking through the clubhouse gives visitors a glimpse into the Grizzly's storied past. Plaques of tournament winners hang in the clubhouse lobby and pro shop.

Ryan likes to tell stories of Palmer re-gripping his own clubs in the parking lot and welcoming anybody who approached him like they were close friends. He recalls Larry Nelson's course record of 57 in a pro-am and the volunteer mishap where an angry Ray Floyd was banished to the back of the spectator parking lot. Lopez has three different winner's plaques in the clubhouse, all with different last names (from different husbands at the time).

Ryan admits that some "purists" believe the course lost some luster with its reconfiguration. The Grizzly expanded to 27 holes with nine new holes by Jay Morrish in 1996, but it quickly retracted again in the early 2000s when the club sold its driving range and five holes on two different nines for real-estate development. All of the holes on the North nine and the first hole and ninth hole on the West nine date back to the original layout.

Ryan said the Grizzly has earned a reputation as the best conditioned public course in greater Cincinnati. The layout plays straight-forward with a bit of spice thrown in to make it interesting. The par-3 second hole on the North nine and the par-5 ninth hole on the West are particularly exciting and scenic.

"There's enough risk reward to challenge a decent player and entertain the average player, and it doesn't beat you up," Ryan said. "It is a forgiving golf course. The fairways are relatively wide. The greens are accessible. ... Golfers want to go back into the office and say, 'I shot a 79 or 81.'

The sale of five holes did give Kings Island a unique amenity -- four extra holes now called "The Academy Course." It can be used for playing lessons or for players looking for a quick round less than an hour.

"The Grizzly gets all the talk, but it's a little secret we have," said Andy Horn, the club's head professional.

The Golf Center also features a teaching academy, a private range for members and the Bruin Course, an oversized executive course with four par 4s.

Grizzly Course at the Golf Center at Kings Island: The verdict

The setting and terrain of the Grizzly isn't as dynamic as other top public golf courses in Cincinnati such as Elks Run Golf Club and Shaker Run Golf Club. Unfortunately, all of the roller-coaster hills and humps are at the nearby amusement park seen from the course.

Even so, it remains a strong test of golf with some fine holes that are always in excellent shape.

This is arguably the most complete and versatile public facility in Ohio. 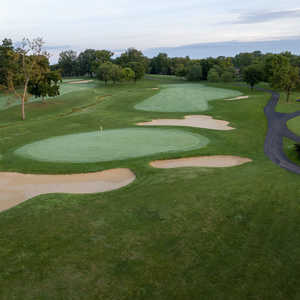 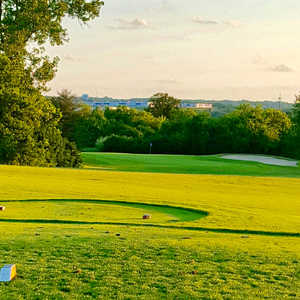 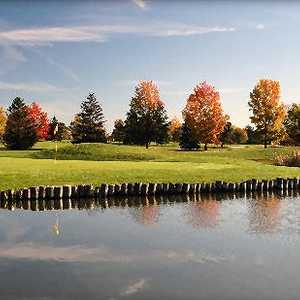