Score early, then hold on tight at Darby Creek Golf Course in Marysville

Architects Brian Silva and Geoffrey Cornish designed Darby Creek Golf Course while still preserving its links to the past. Opened in 1993, the course remains a fine stroll through natural countryside on the front side and woods for the final nine.

Time after time, the head professional at Darby Creek Golf Course hears players inside the clubhouse bragging about how well they're playing at the turn. He retells this story with a smile on face and a chuckle, knowing full well how these rounds usually end -- with an inflated score and a deflated ego.

It is a tale of two nines at Darby Creek. The front nine, called The Links, feels open and forgiving. The back nine, called The Woods, tightens its grip on a player's psyche, taunting golfers to hit it straight or else. Together, they form a strong 7,074-yard course on the northwestern outskirts of Columbus in central Ohio. Collett uses terms like "good value" and "hidden gem" when talking about Darby Creek.

An old church cemetery near the fourth tee box still maintained by the course and an unmarked grave near the 14th tee give Darby Creek some unique touches.

"People like the country feel," Collett said. "Here we have one house on the course. The front nine is open. When the wind is not blowing, it's mundane. The back nine, it's tougher, tighter. We keep the course in good condition out there."

Architect Brian Silva did most of the work on the routing for Geoffrey Cornish, opening the course in 1993 on 204 acres of a former rolling orchard. The front nine certain isn't easy -- the par-4 eighth requires a precise tee shot to avoid a pond -- but it's the back nine where scorecards are made or broken. The 12th and 13th are narrow par 4s. A hidden creek crosses the fairway of the par-5 14th hole. It takes a titanic blast at the 475-yard par-4 finishing hole just for a shot at a green protected by water.

"The holes on the back nine can wear on you," Collett said. "If you have a bad day with the driver, it can be a long day."

Nathan Buchheit of Marysville said he prefers the back nine. "When I am playing well, I'd much rather play the back side. It is more demanding," he said.

His friend, Leigh Smith of Marysville, compared Darby Creek to several courses in Michigan. "It is the best course in the area. I'm from Michigan, so I prefer wooded courses. It frames the holes better," Smith said.

Darby Creek G.C. is a pleasant stroll through gently rolling Ohio countryside. Although the back nine gets all the praise, the front nine deserves just as much respect. The split fairway at the par-5 sixth hole is a perfect example of the decision-making required to score well. 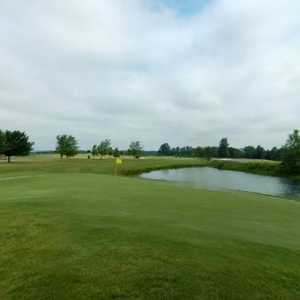 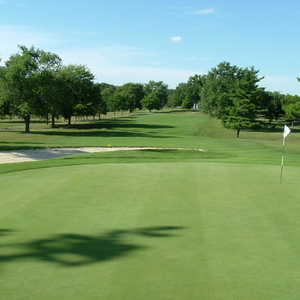 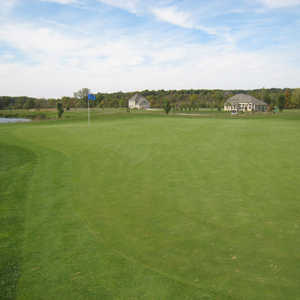