Get a bit of country with golf at Bob-O-Link

AVON, Ohio -- When you're speeding down Route 83 toward Bob-O-Link Golf Course, roll down your window, stick your head out, and suck in a heapin' helpin' of air.

In case you've had your head stuck in city smog for too long, that's country air you're smelling: a mix of manure, honeysuckle, homegrown veggies, and cedar chips. If you could bottle that smell and sell it, you'd probably be able to buy an island and build your own golf resort on it.

Too much of that country air and you'll have a sudden urge to take off your shoes and call for your hogs. But the uppity folks moving into the high-priced subdivisions popping up all over Avon would probably not appreciate you offending their sensibilities. Never fear, though, the city still has some of its rural charm thanks to roadside produce markets, rusted farm machinery lying here and there, and grain silos silhouetted against the sky.

The 27-hole Bob-O-Link course certainly adds to that rural charm, and it's not going to fall victim to the developer's plow anytime soon. Farmland surrounds the course, and regardless of whether golfers play the red, white or blue nines, they'll get glimpses of fertile fields and old barns where swallows play.

Built in 1969, the course is owned and managed by Bill Fitch, whose brother, Richard, owns Fitch's Farm Market just down the road. If volume is any sign of quality, then the numbers speak for themselves: 70,000 estimated rounds played annually, with over 40 leagues and outings almost every weekend. No matter how busy the course is, walk-ons always seem to be able to sneak on the course after not more than a 30-minute wait.

Although Bob-O-Link's design is rather simple and straightforward, it does have some holes that offer interesting challenges. The white nine, 3,139 yards from the middle tees, boasts the No. 2 hole, a 485-yard par-5 dogleg left. A fairway bunker on the right and close out-of-bounds on the left make golfers nervous off the tee. Trouble continues on the left side of the fairway with a large pond and, in front of the green, a spot of water that foils many long hitters who decide to go for the green in two. On the left of the tee at No. 4 is a pear tree for those in need of nutrition during their round.

The red nine, at 2,772 yards, is the shortest and easiest of the three. On the tee at No. 3, a 362-yard par-4 dogleg right, golfers who hit a banana ball most likely will end up in a large pond 200 yards down on the right side of the fairway. At 150 yards, the No. 6 hole makes golfers dream of an easy birdie, but a bunker and a hidden water hazard guarding the right side of the green make a scribbled scorecard and broken pencil more likely.

The blue nine is the most likely to make golfers feel, well, blue after their round as it's easily the most difficult on the course. There's hardly any gimme hole on this nine, and some of the greens actually have double-breaks. The 492-yard par-5 fourth features a huge lake 150 yards across that comes into play on the golfers' second shot. The green on this hole is narrow and fast, almost 50 paces long.

If your game isn't going too well and you need to work out some kinks in your swing, the seventh tee on the blue nine will afford you the perfect opportunity. Right next to the tee is a giant field with neat rows of strawberries or rhubarb, depending on which agricultural expert in your foursome you listen to. Golfers have been known to blast a few balls out into the rows, but the local farmer has been known to blast rock salt right back at 'em, so make sure your Foot-Joys are laced up and ready to roll.

There's a famous story about Bob-O-Link's first foursome. The original owners of the course gave the foursome keys to the clubhouse, and they'd show up before the owners and turn on the coffee. The foursome played regularly from 1969, but two are dead now from heart attacks. "One was on the 14th hole and one was on the 16th," Fitch says. "The coincidence of that happening." With the country sights and sounds at Bob-O-Link, some regulars couldn't think of a better place to play their very last hole. 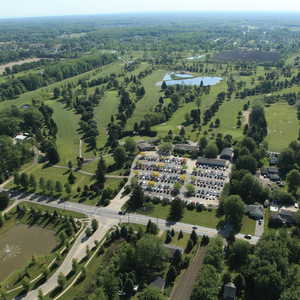 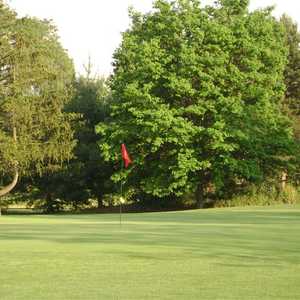